The Art of Intentional Camera Movement 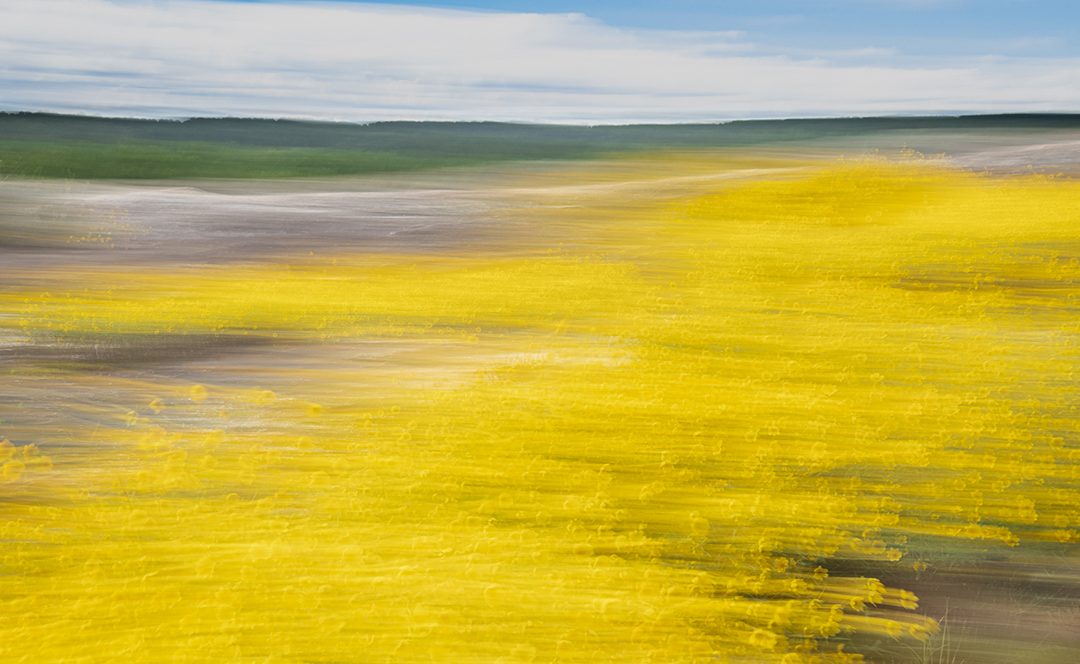 As a young photographer I gorged on a visual diet of great Western landscapes produced by Ansel Adams, Edward Weston and other outstanding photographers. As a result, I grew up with the notion that an image should be sharp throughout the entire scene, with everything in focus.

But now, I will purposefully slow down the shutter speed and “shudder” the camera a bit, creating images that are not sharp but rather are unique and expressive. By using slow shutter speeds and moving the camera during exposure — a technique called “intentional camera movement” or ICM — a beautiful blur can be created, resulting in impressionistic landscapes, abstracts and other surprising images.

There are a number of ways we can move our cameras during exposure. The best-known method for introducing movement for ICM is panning — moving the camera either vertically or horizontally depending on the prominent lines in the scene. Vertical panning is often used for trees (image a stand of birch trees), while horizontal panning can be ideal for sunrise/sunset at the ocean or a lake.

Panning does not require particularly long shutter speeds. I don’t use panning techniques very often, but I used what I call “pause and pan” to capture an image of yellow daisies (above) at Arabia Mountain (ISO 64, 52mm, f18, 1/5 sec).  I titled it “Flying Free” based on the exhilaration I feel when looking at this image. Pausing before movement, as I did for this image, helps create a basis of definition for the subject matter. That’s why I often incorporate such a pause so that my subject is recognizable. I used my favorite ICM lens for this image, which is a 24-70 mm Nikon zoom lens. Longer focal lengths are easier, as wide angle requires more movement and/or longer shutter speeds. 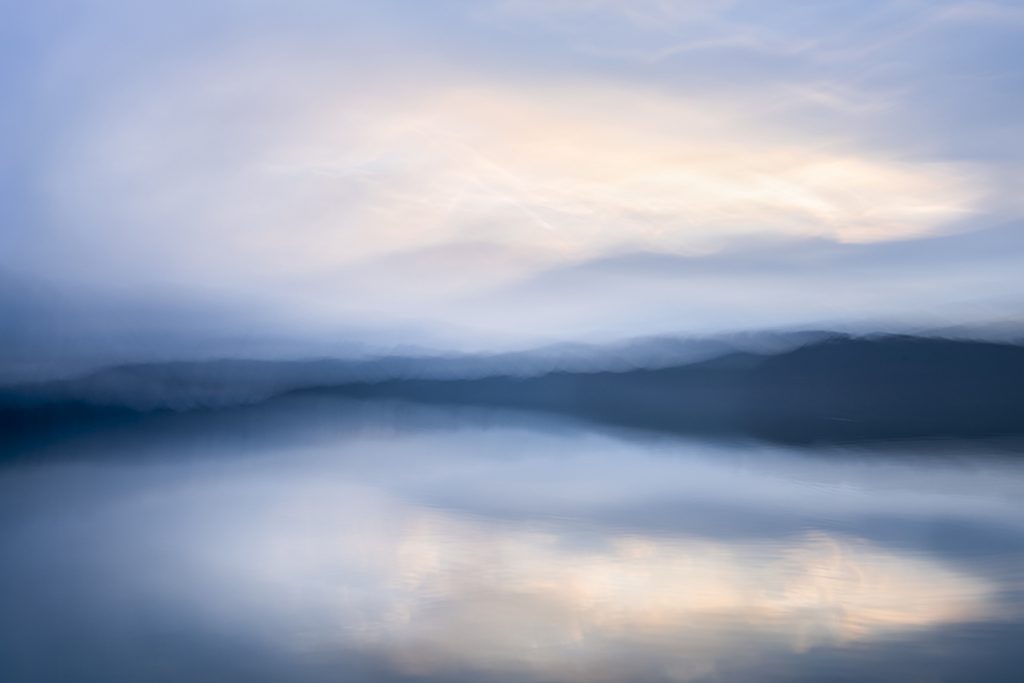 The motion I utilize most often is what I call “push/pause.” In these cases, I frequently use a shutter speed of about one second. I will pause briefly after tripping the shutter, then push the camera forward one or more times. The image “Transcendence” was captured at Sweetwater Creek State Park one morning (ISO 64, 38 mm, f16, 0.6 sec) when the colorful sunrise I was hoping for did not materialize. I had a NiSi variable neutral density filter on my lens (which reduces light by one to five stops) so that I could slow the shutter without stopping down too much (very small apertures will bring every dust spot into focus).

The push/pause movement created an ethereal landscape. The predominant blue color helps convey a sense of peace and tranquility, and after seeing this image I was no longer disappointed about the lack of a colorful (i.e., red/orange/yellow) sunrise. The image titled “The River Awakens” was also taken using the push/pause movement with a Lensbaby Velvet 85 (ISO 64,  85mm, 1/3 sec, f-stop not recorded because it’s a non-CPU lens). I processed this image using an app called Distressed FX+ on my iPad to add a texture as well as to add the birds flying over the river. 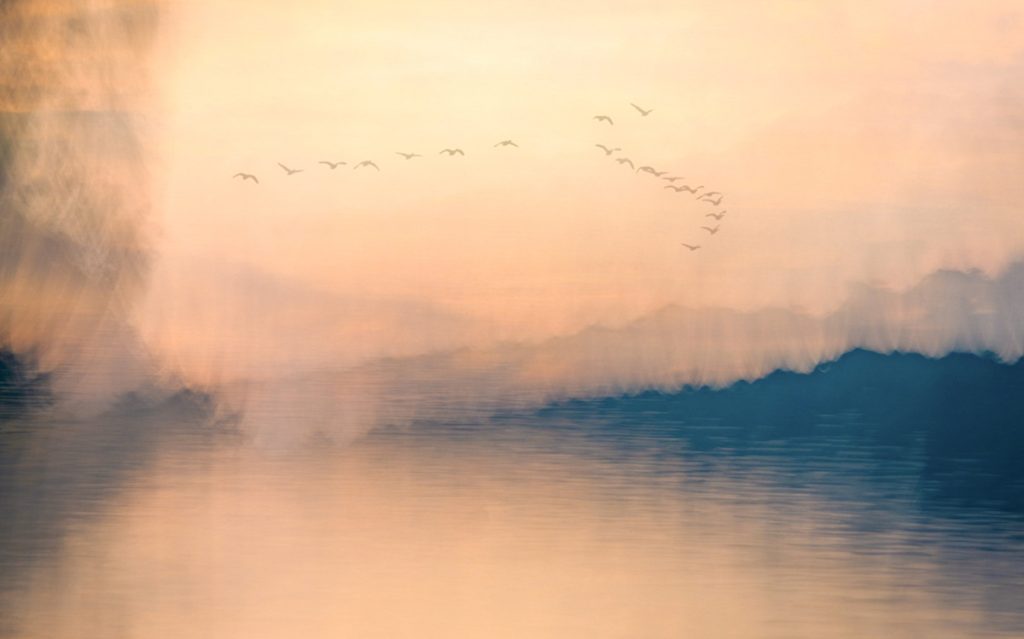 “The River Awakens” by Cheryl Tarr

While sitting in exactly the same spot along the Chattahoochee River but using a different movement, I created a number of distinct images including “Chattahoochee Rising” (ISO 64, 85mm,  1/3sec). These two photographs show that very different images can be created using ICM, even when shooting from a single vantage point. 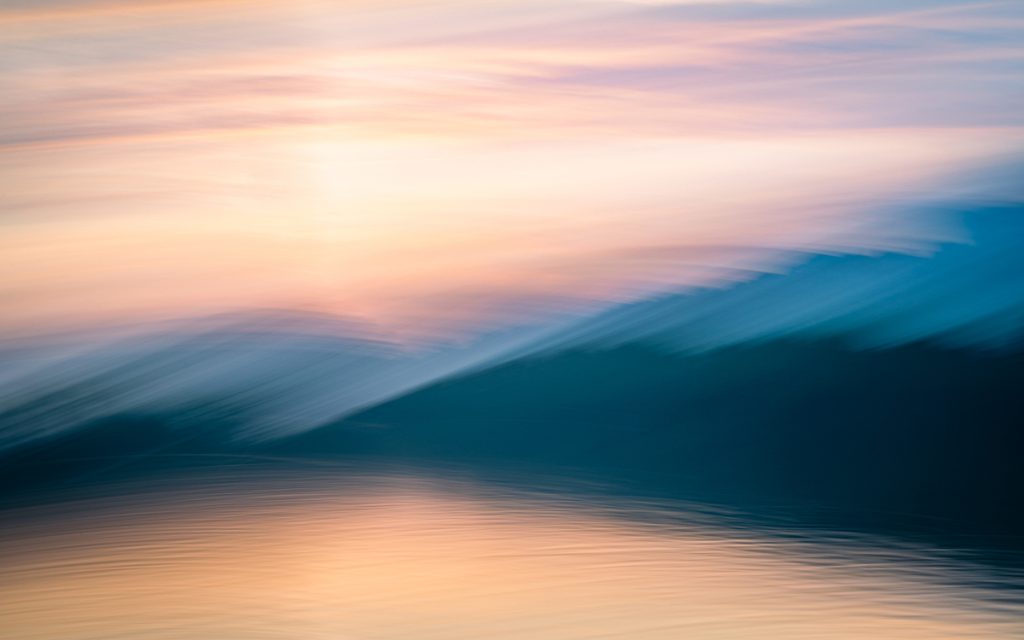 Blending multiple exposures of a scene is another way to create ICM images (as long as you are actually moving the camera between exposures, or at least one exposure captures motion blur). I use a versatile iPhone app called Average Camera Pro (also available for Android phones). You choose the number of exposures (I most often select 4 or 8) and the camera automatically cycles through the chosen number of exposures once the shutter is triggered.

How the images are stacking up on one another can be seen during the exposure series, and you can set the timing between exposures so that you can adjust the position of the camera with each exposure. The app automatically blends the series of images into one final photograph. One of my favorite photographs from the Galapagos Islands was a series of eight shots of a Galapagos sea lion. Yes, you can photograph wildlife with ICM! 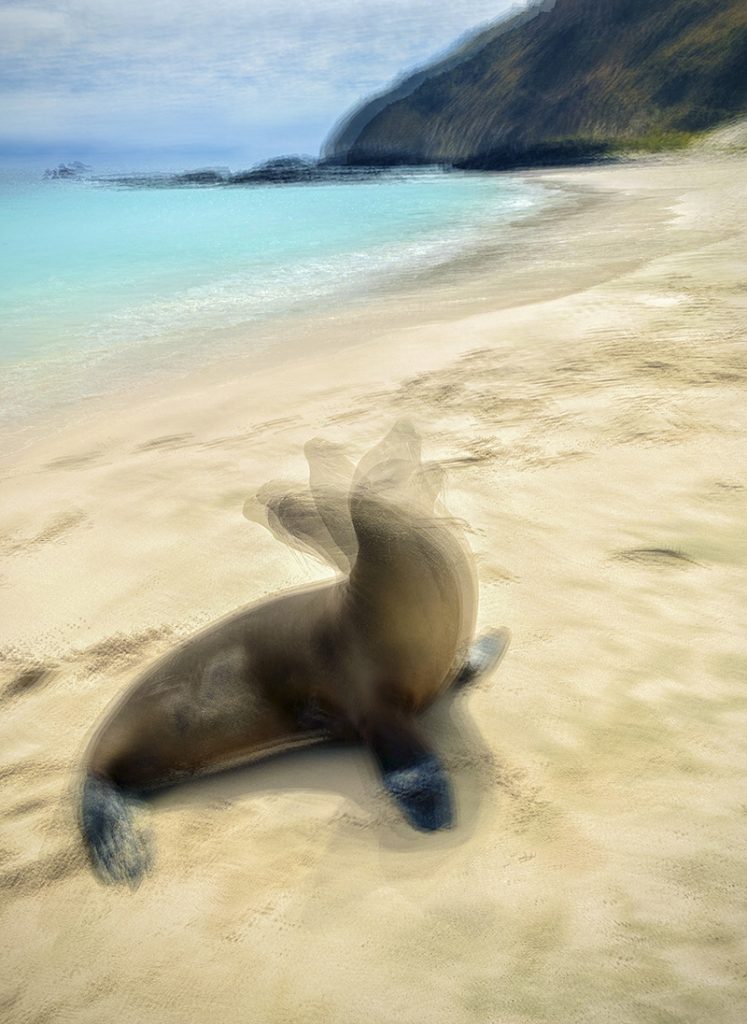 Lastly, when photographing with ICM, I often capture still shots because I might want to layer and blend that still shot with an ICM image. Early one January morning near Hiawassee I was photographing sandhill cranes and also capturing ICM images of the river. When I arrived home and started processing, neither the stills nor ICM shots really conveyed how I felt while on the river. I was seeking a soft, impressionistic image of the river but also wanted to clearly show the cranes flying overhead. By layering two images in Photoshop and brushing in the cranes (80% opacity) and the tree tops (40% opacity) from the still shot, I had the soft image I wanted to create, with just enough detail to convey a sense of place and the experience of crane watching. 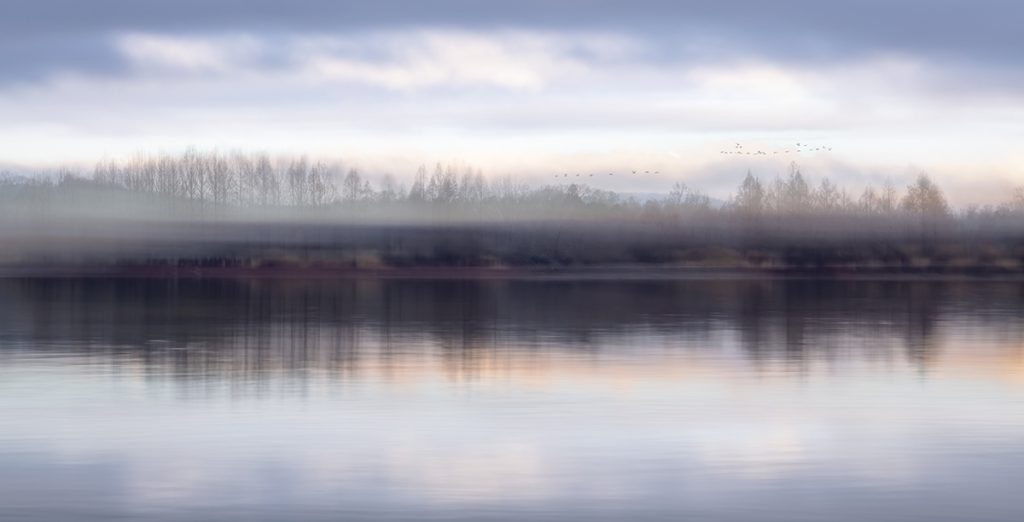 The best part of ICM is that each image is unique, and I am always pleasantly surprised at what I capture (sometimes without even knowing exactly what I did to create an image!). I occasionally use a tripod when panning or shaking the camera, but usually I handhold the camera. I often play with more complex combinations of movements such as push/pause followed by twisting or wiggling the camera or zooming in or out. The most important thing is to experiment, look at the back of your camera and then repeat and/or refine your movement(s) if you see something that looks interesting. Also, consider following https://www.facebook.com/groups/icmphotomag for inspiration.

I’ve learned that by using ICM, I can create an image that is more expressive and evocative than any standard still photograph ever could be. If you haven’t experimented with it yet, give ICM a try! 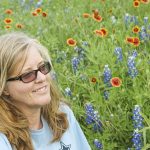 Cheryl Tarr is a retired professional biologist who loves photographing flowers, birds and landscapes both big and small. She enjoys blur, abstracts and impressionism, and ICM enables her to create images that are emotionally stirring and combine them with her own words