Getting Started In Drone Photography 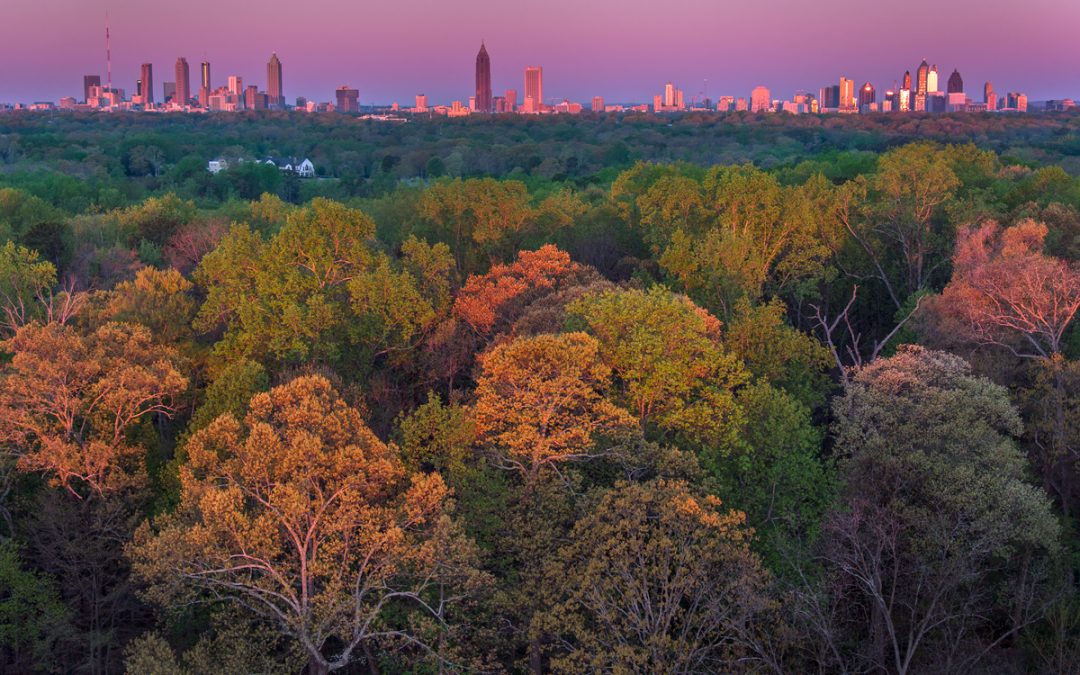 Since the first photographic images were recorded, photography has been continuously influenced by technological change. As the technology evolves, the tools available for a photographer improve and expand. Drone technology is a recent example of how such advancements have opened up the field of aerial photography to the everyday photographer.

As a photographer working for National Geographic Magazine, I often took aerial photographs from a fixed-wing plane or a helicopter. These aerials were often critically important to the story, and provided an overview that wasn’t possible any other way. But it’s very expensive to hire a pilot and make all the arrangements to pull off a successful aerial photograph. Now, the availability of drones with an integrated camera has created an alternative.

In 2017, I was working on a commission from Fernbank Museum of Natural History to photograph the Fernbank Forest. This is an urban old-growth forest in downtown Atlanta. After doing photography from inside the forest for several weeks, I realized I needed an aerial perspective to show the proximity of the 65-acre forest to the downtown skyline. At that point I decided I needed to learn how to fly a drone, and it turned out to be the best solution for the job. Not only could I get an aerial view of the forest and the skyscrapers, but I could also fly at a lower level to get more detail of the forest in the foreground.

Since then, I have used my drone for a series on construction sites in Atlanta, for a story about restoration in the Great Lakes and for composites of signs of well-known brands. Drone photography has become a major part of my photographic output in the last five years.

If you want to get started in drone photography, there are a number of considerations. The first question is which drone to buy. There are several different models to choose from, but all of the drones that I am familiar with are made by DJI. Here are three drones you may want to consider:

DJI Mini 3 Pro
This drone has just been released and getting good reviews. It’s a great choice for getting started in aerial photography, and may be the only one that many photographers will need. It weighs less than 249 grams, so you aren’t required to register it with the F.A.A. and it is legal to fly anywhere. This updated mini drone can shoot 4K video and the small sensor can take a 48-megapixels still image using the Quad Bayer technology used on smart phones. It has a fixed 24mm equivalent F 1.7 lens. It costs less than $1,000.

DJI Mavic 3
This is an excellent drone overall, with 20-megapixel still images from a Hasselblad camera with an adjustable aperture. The Mavic 3 includes 360-degree obstacle avoidance, so you’re less likely to collide with something. It’s also easy to fly and folds up into a backpack. It’s about $3,000 with extra batteries.

DJI Inspire 2
This is the drone I use. It is bigger and heavier, but the primary advantage is a larger sensor that produces 24-megapixel still images. There are also four interchangeable lenses available. This is a much more professional-level drone that costs from $6,000- $10,000 with accessories.

Learning to fly is much easier these days, now that the drones feature obstacle avoidance and can hover in place with satellite GPS. The best way to start is in an open field, where you can practice taking off, flying to a low altitude and returning home. At first, most people have a fear of crashing, so it’s best to take baby steps and learn the controls. There doesn’t seem to be any school for learning to fly a drone, but you can do so with practice. If you once flew model airplanes you have an advantage, because the remote control is similar.

Before I fly, I generally scout a location using Google Earth and then find a safe place to launch. I use the AirMap app, which tells me if it’s legal to fly in the location where I am (more on this later). I find it best to always fly with the nose forward, as the controls always remain the same whether you are coming or going. 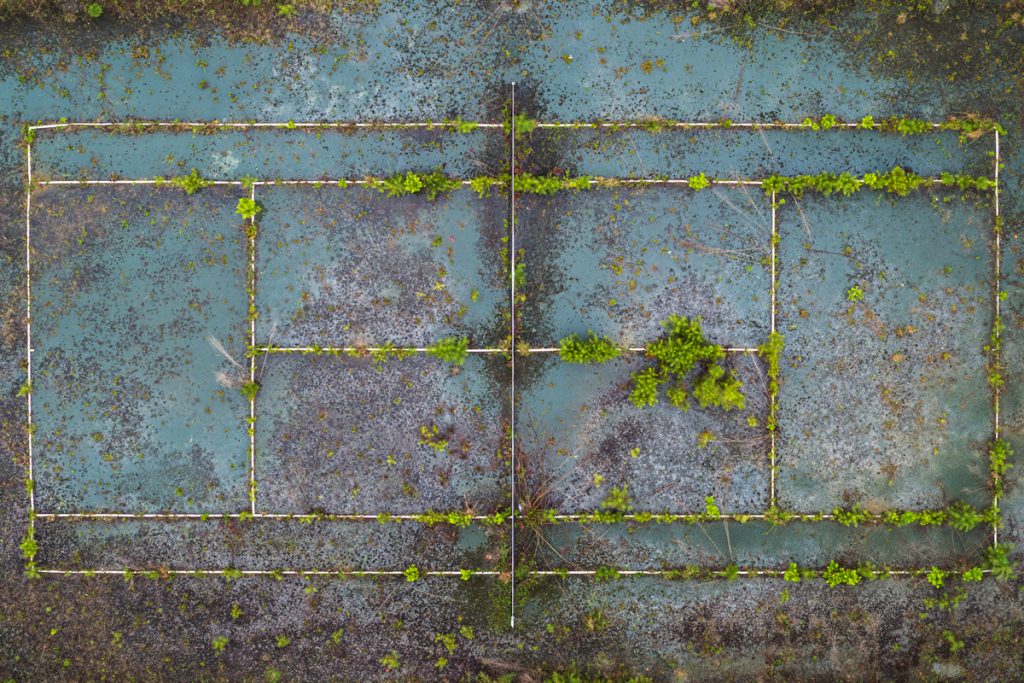 As a still photographer, I approach drone photography by entering into either pilot mode or photographer mode. In pilot mode, I launch and fly to a spot that looks promising and hover in place. I can then start to think as a photographer, beginning to look for a pleasing composition. When I am ready to move on, I switch back into pilot mode and either navigate to another nearby location or return home to land.

Battery maintenance is a key element of drone photography. In general, a battery can last for 20-30 minutes of flight. If you want to do a fair amount of photography before recharging, you’ll need a minimum of about three batteries. You’ll need to find an electrical outlet, and it can take up to three hours to charge a set of batteries. If you are working locally, this isn’t a big issue because you can do your flying and come home to charge the batteries overnight. But if you are traveling, finding the time and place to keep your batteries charged can require some planning.

If you fly a drone larger than the DJI mini, you will need to register it with the F.A.A. at a cost of $5. If you fly commercially, you are required to get a Remote Pilot License from the F.A.A. This written test costs $150 and covers the various airspaces when you can and cannot fly. This is good information to have, and as a drone pilot myself, I would recommend that you get the license if you are serious about flying drones. However, as a practical matter, the AirMap drone app gives you all the information that you need to safely and legally fly. 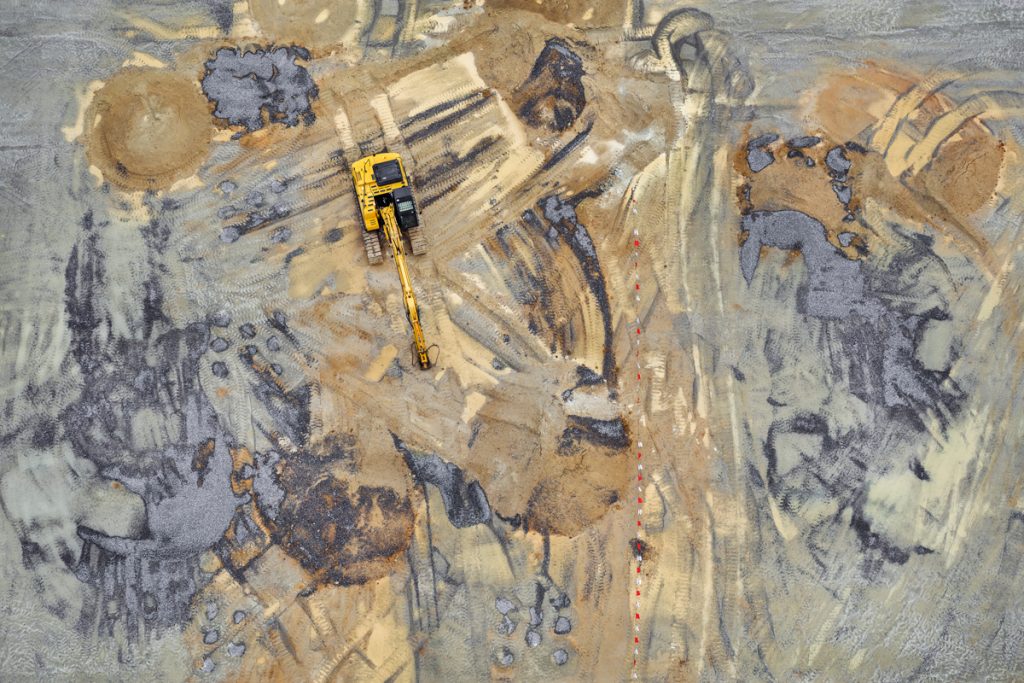 It is important to realize that there are certain areas where you cannot fly a drone. But I have found it best to focus on the many places where I can fly and not worry about where I can’t. As a nature photographer, the most obvious place where drones are off limits are all national park properties.

I’ve found drone photography to be a very creative way to see the world, and it can also be a lot of fun. No doubt you will experience some anxious moments at first, but you should eventually get over your fear of crashing. And if you do crash, Thunder Drones is a good repair company here in the Atlanta area. No worry — just get your drone repaired so you can keep learning, flying and taking great photos.

The history of photography can be seen as a series of technological advancements that allowed photographers to see the world in new ways. A drone with an integrated camera gives the photographer of today a range of views that photographers of the past could only imagine. I’m confident there will be many more advances in 3D and other methods of image capture in the years ahead. It will be up to artists in the future to learn to use those tools to expand the frontiers of photography even further. For now, I am happy using my drone to see the world in a new way. 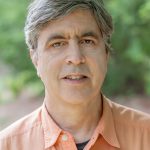 Peter Essick is a photographer, teacher, editor and drone pilot with 30 years of experience working with National Geographic Magazine. Named one of the forty most influential nature photographers in the world by Outdoor Photography Magazine UK, Essick is the author of three books of his photographs: The Ansel Adams Wilderness, Our Beautiful, Fragile World and Fernbank Forest. After many years of traveling the world as an editorial photographer, Essick decided to focus his work on a more personal documentation of the environmental and cultural changes in his hometown of Atlanta